At Websters we take our dyno tuning seriously. Often vehicles respond much better after having the injectors cleaned, as fuelling is a major part of the tuning process. As such, WDP has invested heavily in a state of the art injector cleaning program.

Over time chemicals, lacquers and varnish in various fuels contaminate the fuel injectors.  This build-up of contamination can occur inside the body of the injector, on the pintle valve, the pintle head and seat, and also in the injector’s filter basket fitted to the neck of the injector.

The purpose of cleaning and flow-testing is to:

Any set of fuel injectors will benefit from Websters clean and flow service. This is even true of new injectors because the individual-injector and system-total fuel flows must be known for performance tuning purposes. It is not uncommon for a set of original equipment (OE) injectors to have an unacceptably wide range of fuel flow and it’s possible to even have new injectors that do not function properly. WDP’s standard testing process identifies those problematic injectors.

What can I do about these fuel injector problems?

Some dealers will suggest that the fuel injectors may need replacing, which is a very expensive method of solving the issue.  Injectors can cost anywhere from $80 – $250+ each.

Be aware that the minimum life expectancy of many injectors is 1 billion pulses – well within the life expectancy of the car. Fuel injectors can be cleaned both inside the fuel passage and outside around the seat and pintle head by WDP, saving you money, time and getting your vehicle operating the way it should.

Chemical contamination and dirt in the fuel system can cause build up inside the fine screen of the filter basket and restrict the fuel flow rate. How do we service your injectors? 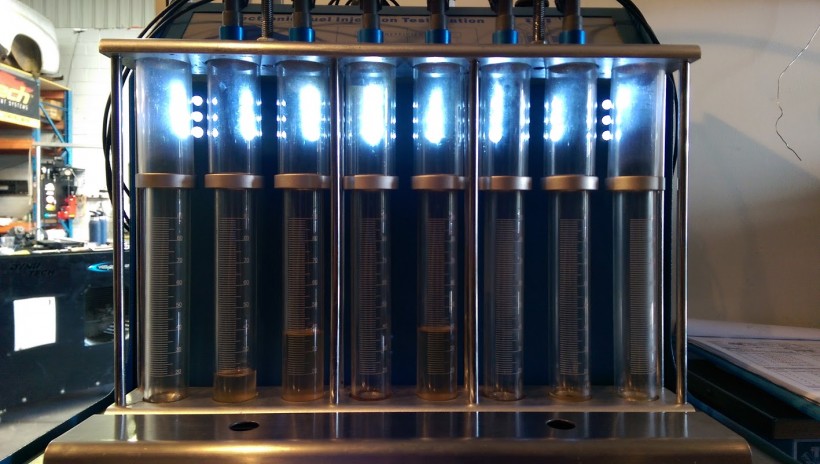